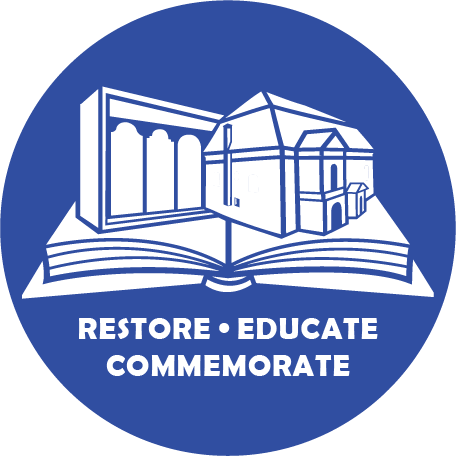 Prior to the ceremony, Emil A. Fish and Orit Stieglitz placed a bouquet of flowers in the Slovak National Uprising Square together with Mayor Boris Hanuščak and city officials.

The commemoration ceremony in the Holocaust Memorial began with lighting Memorial Candles in front of the Name Tablets. Eighty-three new names were inscribed on Tablet 13 before the ceremony—a result of new research and information from family members. We will continue to add names to Tablets 13 and 14 as they are verified.

Speeches were delivered by Mayor Hanuščak and by Mr. Fish. Children from the art school ‘Sukromne hudobne a dramaticke konzervatium’ sang the hymn of the Jewish Partisans in Yiddish, the language in which it was originally written.

As part of the commemoration event, the participants of this year’s high school essay contest received certificates of merit and the three winning authors were also awarded a cash prize. The topic of the essay was “70 years since the end of WWII: the fate of our Jewish neighbors”. The Memorial Book of Jewish Bardejov was presented to Mr. Jarina – head of Bardejov Community Foundation – and Ms. Leskova – Holocaust educator from ‘Gymnazium Leonarda Stockela’ high school – who partnered with BJPC in coordinating the essay competition.

The ceremony, which was attended by Bardejov local citizens and public officials, concluded with moving music played by students from the art school.

MAY 2015:
COMMEMORATION EVENT IN ISRAEL

During the yearly commemoration for the victims of the Holocaust in the Forest of the Czechoslovak martyrs at Ya’ar Hakdoshim in Israel—on May 28th—a memorial plaque honoring the Jewish Community of Bardejov was unveiled. The ceremony included speeches by the Slovak and Czech ambassadors in Israel and other distinguished guests. Orit Stieglitz and Giora Solar represented the Bardejov Jewish Preservation Committee and described the Bardejov Holocaust Memorial. The ‘plaque project’ was initiated by Malka Pelleg, daughter of Eta Landau-Rubin from Bardejov, who put countless efforts into its production and into contacting the Israeli Bardejovers who came from all over Israel to attend the ceremony.